When you are designing your storage subsystem. On modern hardware, you will often be asked to choose between formatting using 512 byte or 4K (4096 byte) sectors. This article discusses whether there is any statistically observable performance difference between the two in a 512 vs. 4K performance test.

NB: Do not get confused between the EXT4 INODE size and the LUN sector size. The INODE size places a mathematical cap on the number of files that a file system can store, and by consequence how large the volume can be. The sector size relates to how the file system interacts with the physical underlying hardware.

The results of the two tests are shown below. 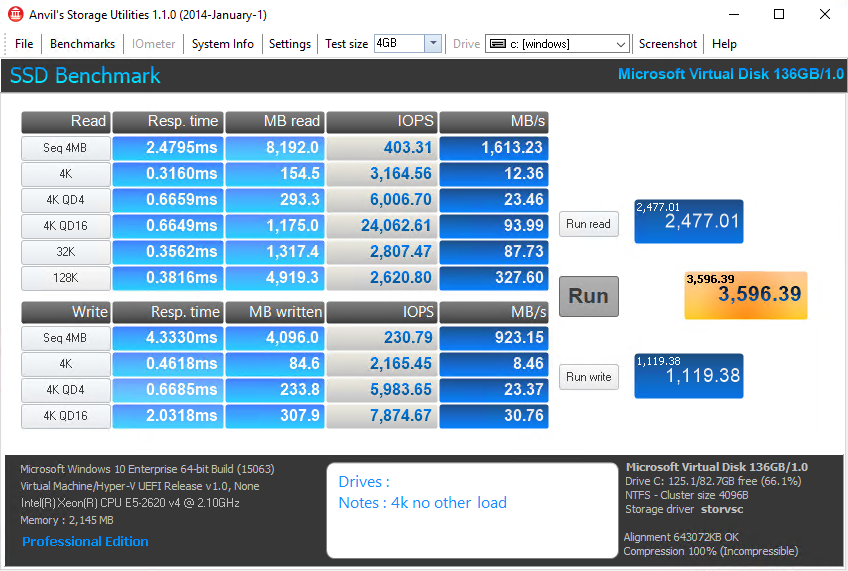 The results show that there is little difference between the two. Repeating the tests multiple times showed that the figures for both the 512 byte and 4K LUNs are within the margin of error of each other. A bias towards 512 byte was consistently present, but was not statistically significant.

The drives in the test disk array are 512e drives. 512e is an industry transition technology between pure 512 byte and pure 4K drives. 512e drives use physical 4K sectors on the platter, but that the firmware uses 512 byte logic. A firmware emulation layer converts between the two. This creates a performance penalty during write operations due to the computation and delay of the re-mapping operation. Neither sector size will prevent this from occurring.